Moving on from Sports : A College Athlete’s Greatest Challenge

The following articles was written by Prim Siripipat for ESPNW.

I miss the camaraderie of tennis. I miss the competition. I miss the butterflies before playing a match. I miss the adrenaline rush after a big victory, especially with the team. I even miss the agony of losing.

But what I don’t miss is what came after that. It’s something I call the pivot.

I started playing tennis when I was 7. By age 12, my family made a big sacrifice and split so I could pursue my dream of playing tennis, possibly even turning pro. My mom and I moved to Saddlebrook Tennis Academy in Florida, while my father stayed in Missouri to work, support the family, and take care of my older brother. I eventually earned a top-10 national ranking and a spot traveling with the U.S. national team. 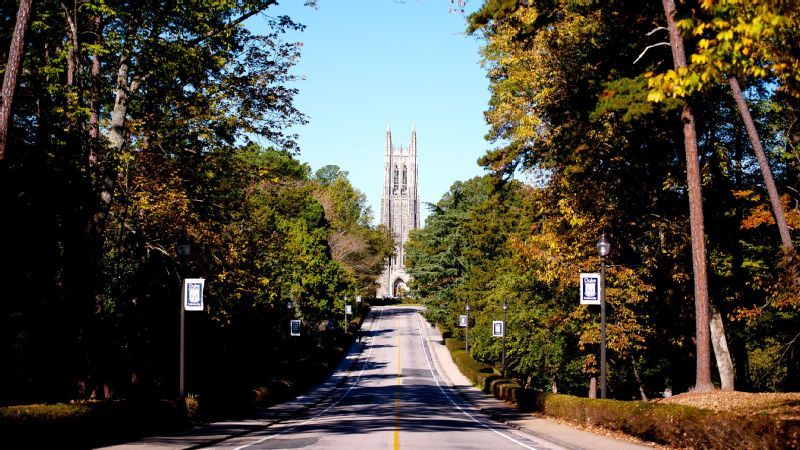 After graduation, I headed to Duke on a tennis scholarship.

My college experience was rewarding, but it was one of the most difficult periods of my life. I struggled to juggle the responsibilities of being a student athlete. The perfectionist in me was trying to keep up with my peers in the classroom and my teammates of our top-10 team.

As tough as college was, no one warned me about an even greater challenge ahead: saying goodbye to the sport I love and making that transition into the “real world.” The mental and emotional toll of this transition was a shock to my system.

For the vast majority of student athletes, the pivot is inevitable. According to NCAA.org, out of all the students who play high school sports (roughly 7.4 million athletes), 2 percent will earn a college scholarship. Out of those (about 460,000 in the NCAA), fewer than 2 percent will go pro.

The other 98 percent are left to their own devices to figure out what is next, which can be a daunting reality for athletes who have spent their entire lives operating within a very regimented schedule dedicated to their sport.

UCLA Hall of Fame softball player and coach Sue Enquist, who is now a performance consultant for colleges and businesses, says making this transition into the real world is a mental challenge for everyone. She says it’s imperative that athletes “really understand that you don’t ever really have peace of mind when you go out in the workforce, and understand you’re a work in progress.

The road is different for everyone. Here’s what I, and several other athletes, encountered while navigating it.

The pain of saying goodbye

For me, the most uncomfortable moment of this transitional period was retiring from the game. It was more painful than any defeat or injury. I experienced all kinds of emotions: sadness, anger, low self-esteem, guilt, confusion and loneliness. Those emotions lasted for years.

And the higher the level at which an athlete has competed, the harder it will be to leave the game.

“You’re talking about an identity crisis,” NFL vice president of player engagement and former Pro Bowl cornerback Troy Vincent told ESPN.com’s Jeff Chadiha. “Every athlete has to face the same question when they’re done: ‘Who am I?'”

Shannon Miller, the most decorated gymnast in America, talked about the difficulty of life after sport. In an interview with Forbes, she said “I didn’t know how to be a regular person. I initially watched a lot of TV, gaining four dress sizes on my 5-foot frame. It was very disheartening but it helped me realize I had to find my next passion in life.”

Three months after graduating from Duke in 2003, I was working toward a new goal of becoming a sports anchor, but I was still struggling to cope with this loss in my life. It was like mourning a loved one.

While I was making $8 an hour as an intern at a TV station in Raleigh, North Carolina, answering phones and handing out scripts, many of my friends were still playing on the professional tour. I was happy for my peers, but watching them continue their athletic dreams was painful. Letting go of tennis and my identity as a star athlete was one of the most difficult things I’ve ever had to do.

I was left with two choices: I could wallow in the pain and continue to look back at the closed door, or I could take what I’d learned as an athlete, accept the challenge and fight to reinvent myself.

“Know that the magic isn’t in the game, the magic is in you,” says Sue Gordon, former Duke women’s basketball player and current deputy director for the National Geospatial-Intelligence Agency. “Everything that made you a success at your sport is what will make you a success in any endeavor if you call on it.”

“You are far more prepared to tackle the real world than you think you are,” says Carey Goodman, former Duke women’s soccer player and assistant director of athletics development at William & Mary. “You already have all of the skills to conquer the working world: time management, effective communication, work ethic, teamwork. Be confident in yourself. Follow your passion, even if it leads you down an unconventional path.”

Although my days of competing were over, what I learned and developed as a player helped me move into the next phase of my life.

First, enjoy the ride. It goes by quickly.

Second, make the best of your college experience and try hard every single damn day, whether it’s in class, practice or during competition. You’ve heard the saying “how you practice is how you will play.” The same applies to your post-athletic life.

Third, figure out what you’re most passionate about other than your sport. For some, this answer won’t come easy so be prepared to put in the work and explore. Do you love people? Do you love numbers? Do you want to stay in sports? The adage is true: Once you discover your next passion, you’ll never have to “work” another day in your life.

And trust yourself. This journey won’t be easy, but everything you need to make that leap from college athletics is in you. Just because you can’t see these skills doesn’t mean they don’t exist. Remember what it was like to have faith in yourself and your team when you were on the field or court? It’s the same concept. You just have to trust that it’s all there.

Prim Siripipat was a captain of her tennis team as a senior at Duke. She has been an ESPN anchor and host since 2011.
To view the original article, click here.

← A Yale Student-Athlete Speaks Out Qualities of a Silent Leader →